Skip to content
Previous Next
How is Covid-19 developing in the Nordic market?

How Covid-19 is developing in the Nordic market

We are experiencing what we call the “second wave” coming over Europe and other parts of the world these days. But how is the Nordic market, Norway, Finland, Sweden, and Denmark operating and working through the “wave”. 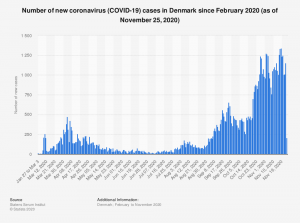 Denmark has already an agreement with Pfizer/BioNTech and Oxford/AstraZeneca and the government has said that Denmark will start a vaccination program soon as EMA has approved the vaccines. They are expecting to start vaccination end of December or the beginning of January, and health authorities say that they will use the test tents around the country for vaccinations to ensure that no time is wasted to get the vaccine out to the ones that need it most. The vaccine will be distributed in 4 phases starting with front-line workers, high-risk groups, and people in critical sectors then moving towards an unlimited version driven by demand. Experts predict that normality will return back earliest after the summer holiday of 2021.

Norway’s numbers look slightly different from Denmark. It is a larger country where people are more spread out. They have tested 2.224,045 people, had 34.267 reported cases, of these 1.628 have been admitted to hospital with 320 in intensive care. There are 316 dead, the largest age group is 80 – 90+. The age group 20-29 years have the most infection. Bergen and Oslo are areas with the highest infection rates. 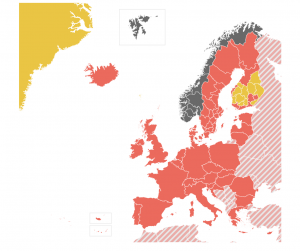 Anyone arriving from “red” countries must present a certificate of negative COVID-19 test when they arrive in Norway. The test must be taken less than 72 hours before entry. If they do not present a certificate, they may be refused entry. The requirement does not apply to Norwegians, people living in Norway, people in transit, or people who frequently cross the border into Norway from Sweden and Finland to work.

People arriving in Norway from abroad must be in quarantine for 10 days, with the exception of specified countries in Europe with the sufficiently low transmission (yellow areas and countries). Currently, only certain regions in Finland and Greenland are listed as yellow areas.

Interestingly Norway is probably one of the most digital countries in Europe, and at the moment most restaurants, shops, cafes, kiosks don’t accept cash at all.

Norway is part of the EU cooperation, with the vaccine approval going through the EU-system. If Modena which EU has agreed to buy up to 160 million vaccines from are approved, Norway will quickly be able to distribute the vaccine within 2-3 weeks through their health system to the high risk-groups and frontline workers and then further out to all on-demand. Norway is hopeful to start vaccinating their inhabitants in Q1 2021. 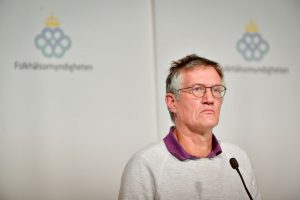 Sweden has had a slightly different approach to the virus and how to fight it. Sweden has a population of almost 11 million and is larger than the other Nordic countries. They have had 236,355 confirmed cases, 3,187 have been in intensive care and they have had 6.622 deaths. Cases are largest in the age group 20-29 years but almost the same for the group 30 -59 years. Age 89-90+ years have the highest death rate.  At the moment 220 are in intensive care. In the past day, 5 841 new cases were reported.

Sweden is also part of EU cooperation and is waiting for EMA approval. Vaccinations are planned to start in Sweden in January 2021 if everything goes as planned with the approval of the vaccines currently in the approval phase. The groups being offered the vaccine first will be high-risk groups, persons age 70 and above, and front line workers before going out to the rest of the people. Vaccinations will be voluntary and free of charge.

Finland will introduce a traffic light system by November 25th

Finland has had the strictest measures among the Nordic countries during the pandemic. As of November 25th, they have had 22 652 confirmed cases, 16 800 have recovered, which is over 70% of reported cases. Totally 388 deaths have been reported. 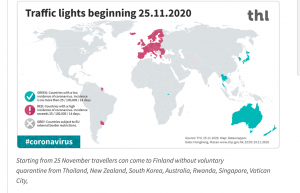 Finland has from November 25th introduced the traffic light system. Most of Europe is red with a recommended 10-day self-quarantine if you arrive from any of these countries. You can shorten a voluntary quarantine by taking two voluntary tests. On arrival a negative test no more than 72 hours old and then take another test until at least 72 hours after the arrival. Arriving from any green country you don’t need to quarantine. Interestingly Thailand, Singapore, Australia, New Zealand, South Korea, Rwanda, and Vatican City are on the green list.

Daily traffic across the land borders between Finland, Sweden, and Norway continues to be possible between border communities without quarantine or testing.  It is possible to go to work in Sweden and Estonia from Finland without a voluntary 10-day quarantine or tests.

Finland is currently looking at three coronavirus vaccine options. KRAR (National vaccination expert group) recommend Finland to purchase on mRNA vaccine, similar to the Pfizer vaccine. They have revealed the vaccine will be available to around 10% of the population in the beginning and then more widely afterward. The principle that a national vaccination program is free of charge will apply to the coronavirus vaccine too.

About the Author: Christine Engen